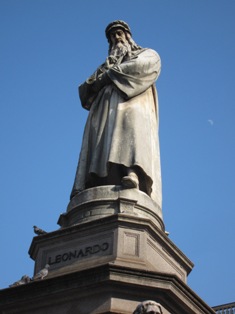 The Normal force is a force that counterbalances, or opposes the force of gravity for an object resting on a surface.

The force of gravity, Fg always points down, (towards the center of the Earth), the Normal Force always points in a direction opposite to the Force of Gravity.

The symbol for the Normal Force is FN and, like all forces it is also measured in Newtons.

1. FN acting on an object placed on a level surface

This is a photo of the statue of Leonardo Da Vinci, in Milan, Italy, resting on its pedestal:

If the image of the staute is removed we are left with the diagram on the right which shows the vectors identifying the FBD proper.  Therefore the Free Body diagram for this statue could look like this.

Note how FN and Fg are collinear (along the same line of action).  They are equal in magnitude but opposite in direction 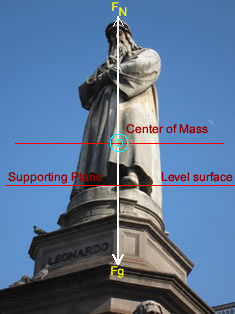 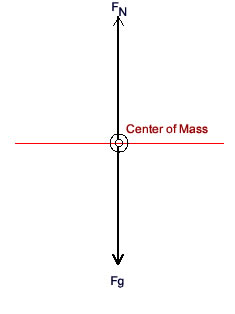 Consider now the case where the statue is slanted at a certain angle....

Note that, while the force of gravity Fg is still acting perpendicularly down towards the center of the earth. 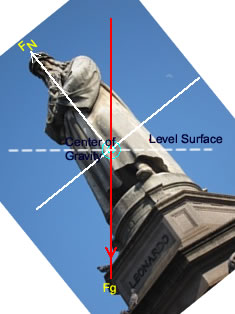 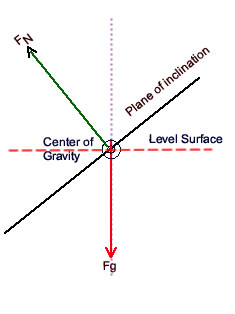