Aerobic Respiration can be simplified using the following word equation:

ATP - is a short form for the substance Adenosine Triphosphate

ATP is the molecule responsible for transporting chemical energy within cells.

All living cells make use of ATP for their energy requirements and metabolic functions. 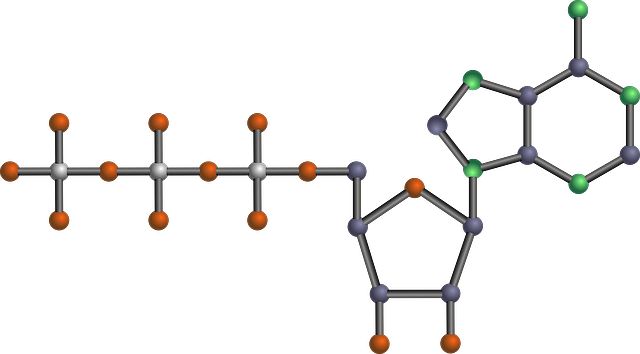 A molecular diagram showing the make up of the substance ATP.